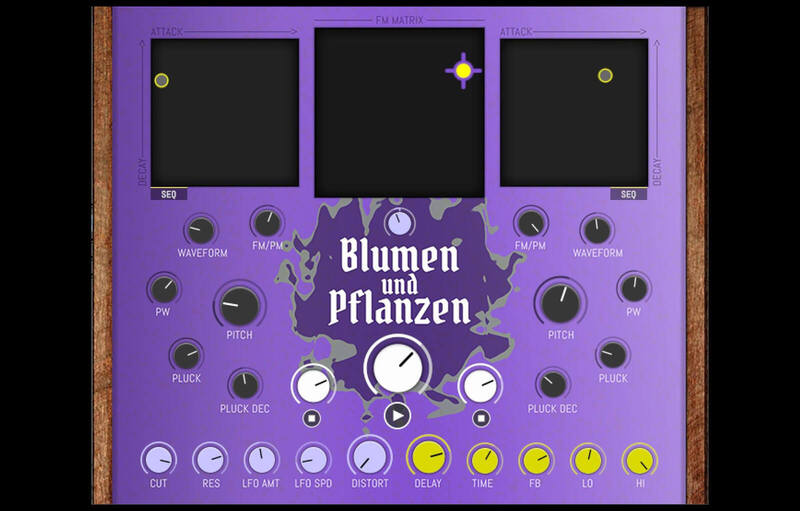 Blumen und Pflanzen is a pulsating FM feedback synthesizer/groove machine. It provides a unique approach to creating odd rhythms and noise that works great for improvising, jamming, re-sampling, sequencing, and even blowing out your speaker cones.

A total hunk of an instrument, it provides a refreshing and unique approach to creating odd rhythms and noise that works great for improvising, jamming, re-sampling, sequencing, and even blowing out your speaker cones.

While complex in texture, at its core Blumen und Pflanzen is quite simple: two identical oscillators are set in an FM feedback loop, each pulsating with its own speed and envelope. Each oscillator can FM or PM modulate each other, with an intuitive XY control pad creating powerful and expressive opportunities to make everything from smooth sine tones to brutal noise.

Control for the tempo, attack, and decay of each oscillator is controlled via an XY pad. X axis is attack time and Y axis is decay time – tempo is calculated based on the combined attack/decay time. Under the central XY pad, theres a little knob which can speed up or slow down both oscillators together. This frees the instrument up from traditional timing, giving it a much more intuitive and playful approach. However, for those that want to sync to a tempo or create more precise rhythms, each oscillator’s internal clock can be switched to receive midi input – making it behave like a weirdo two voice drum synth. Just click the “SEQ” button under each XY pad to switch it into “MIDI” mode. Oscillator 1 is triggered by note C3 and Oscillator 2 by note C#3.

FM feedback is dynamic, powerful, and noisy – but if its not noisy enough for you, there’s also an additional Distortion FX to give it even more punch~

The Distortion comes with a 4-pole lopass filter with Cutoff and Resonance control, as well as an LFO to automate sweeps.

And what instrument wouldn’t be complete without its own delay?

Blumen und Plfanzen is built from the ground up to be a very stereo instrument, so it’s delay is as well.

Its basic, but combined with the pulsating oscillators, the sound breathes~ 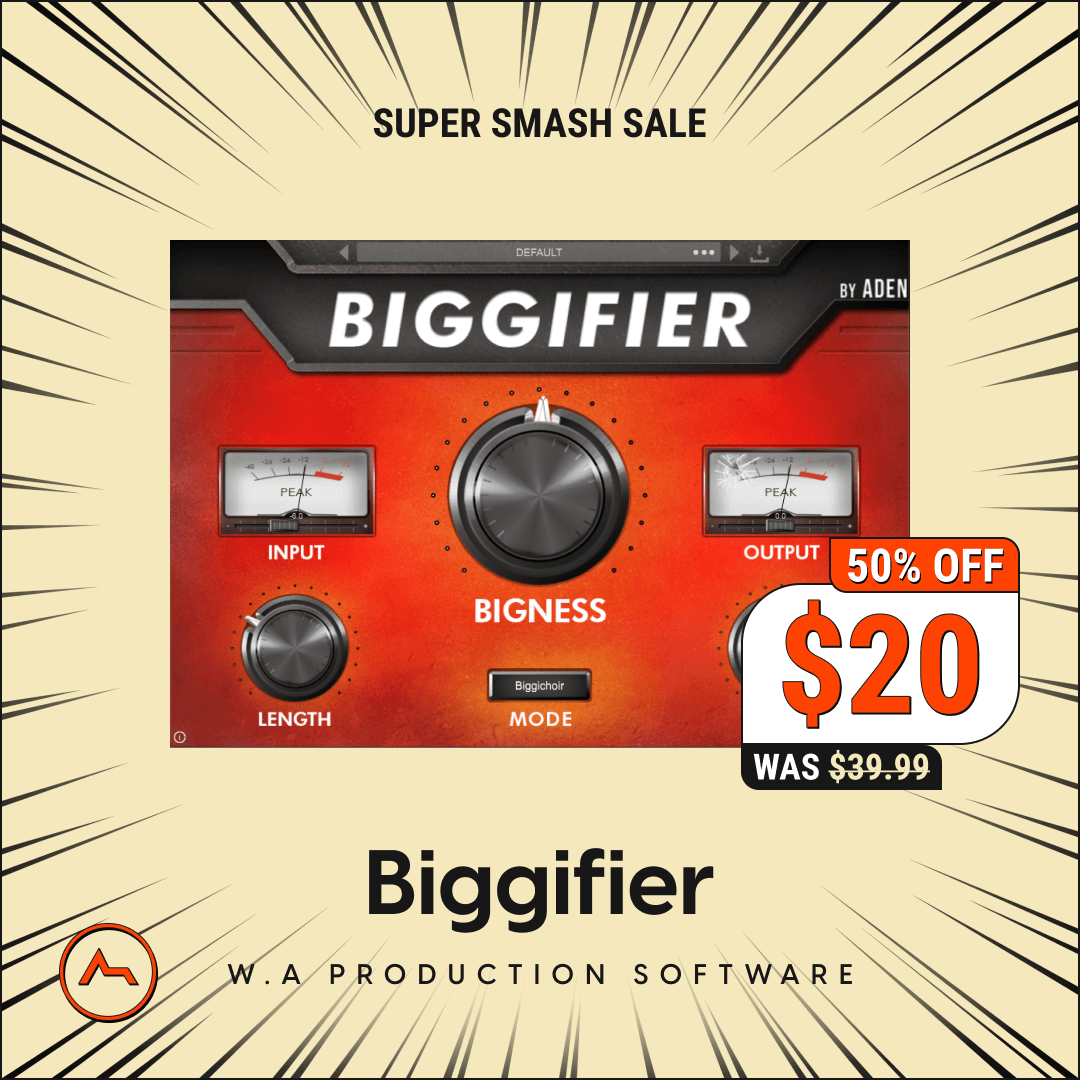 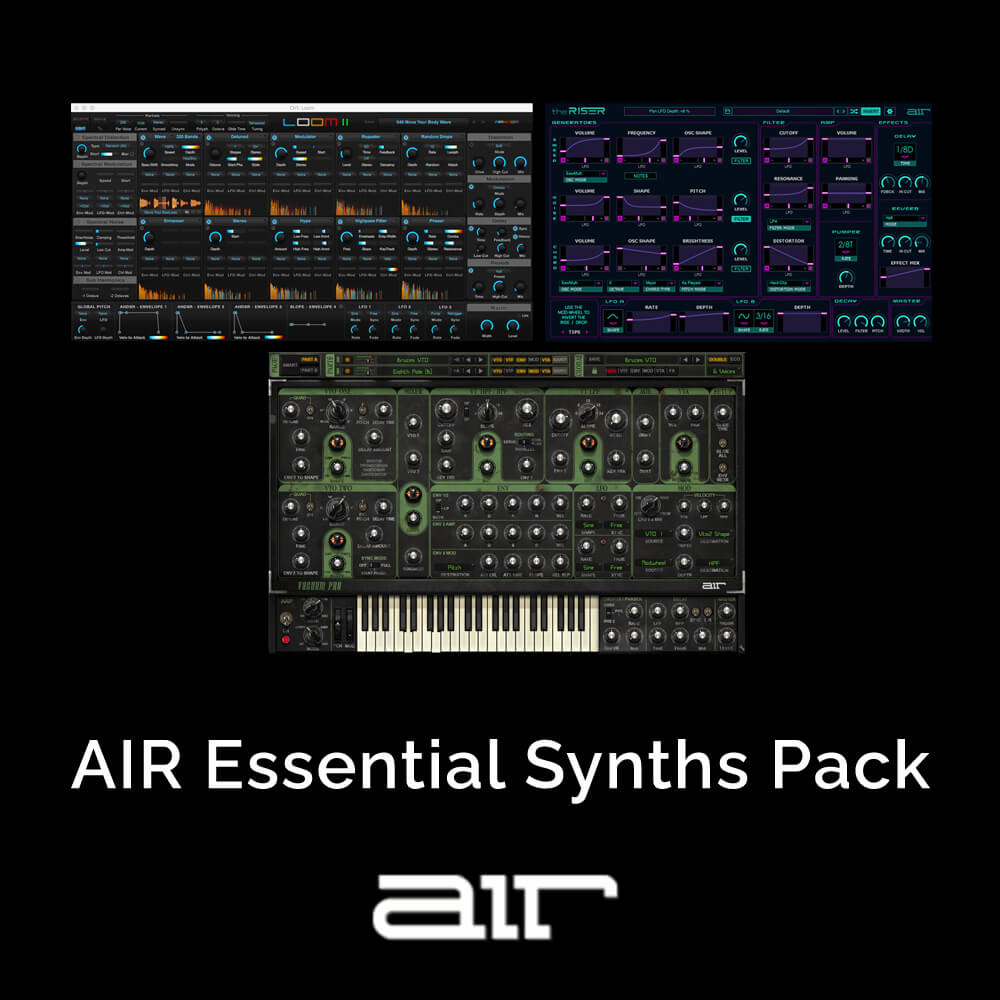 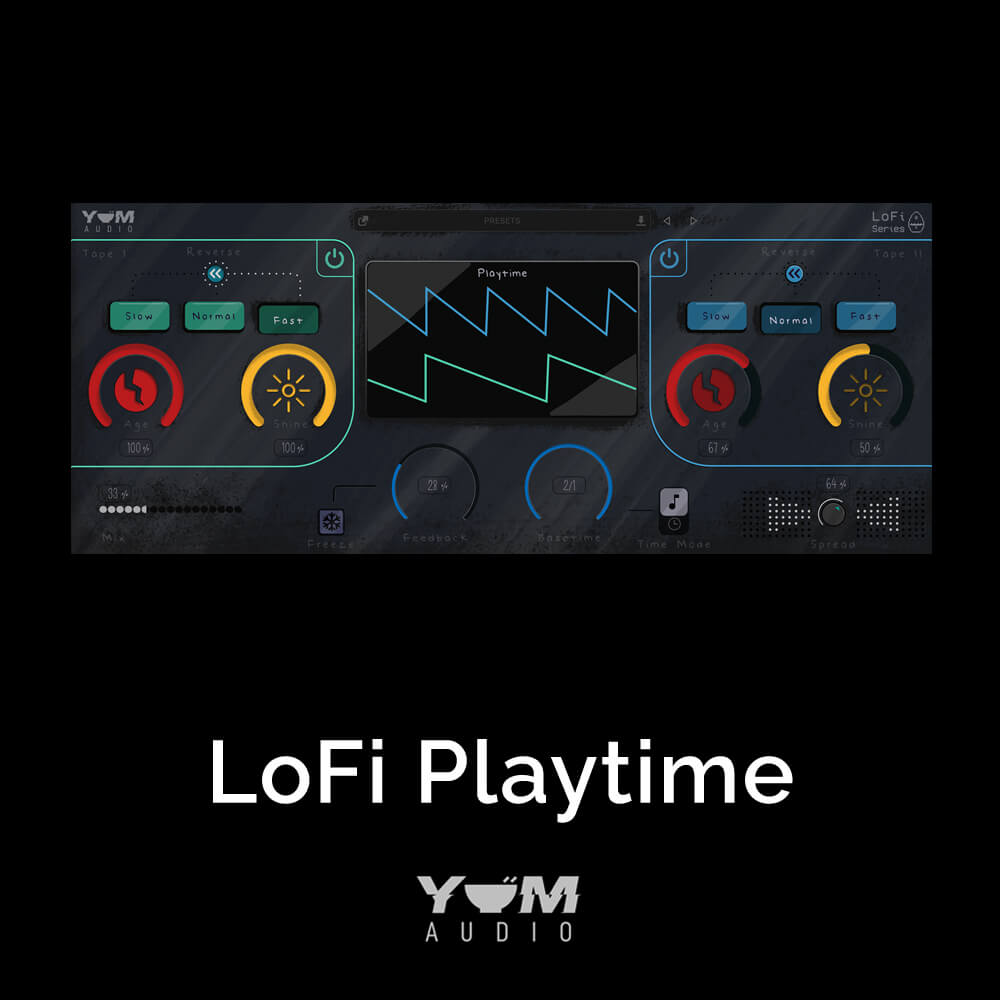 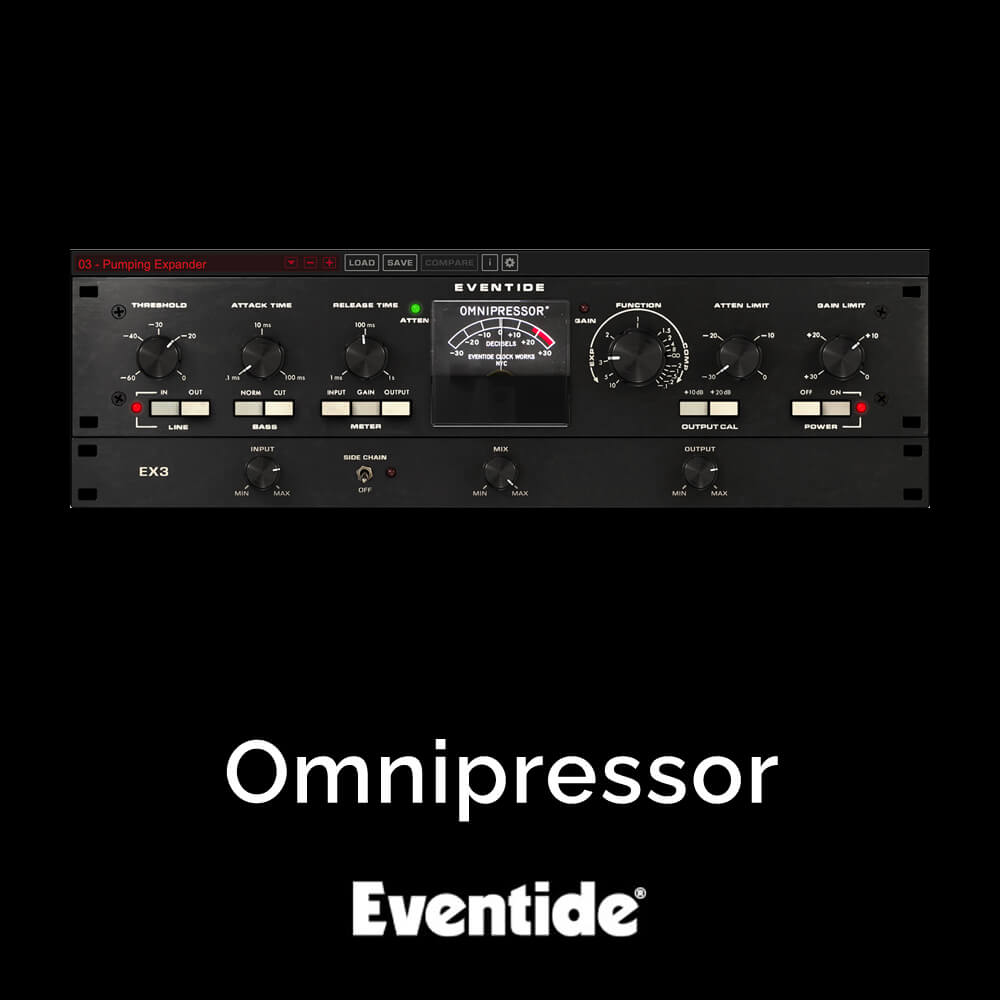 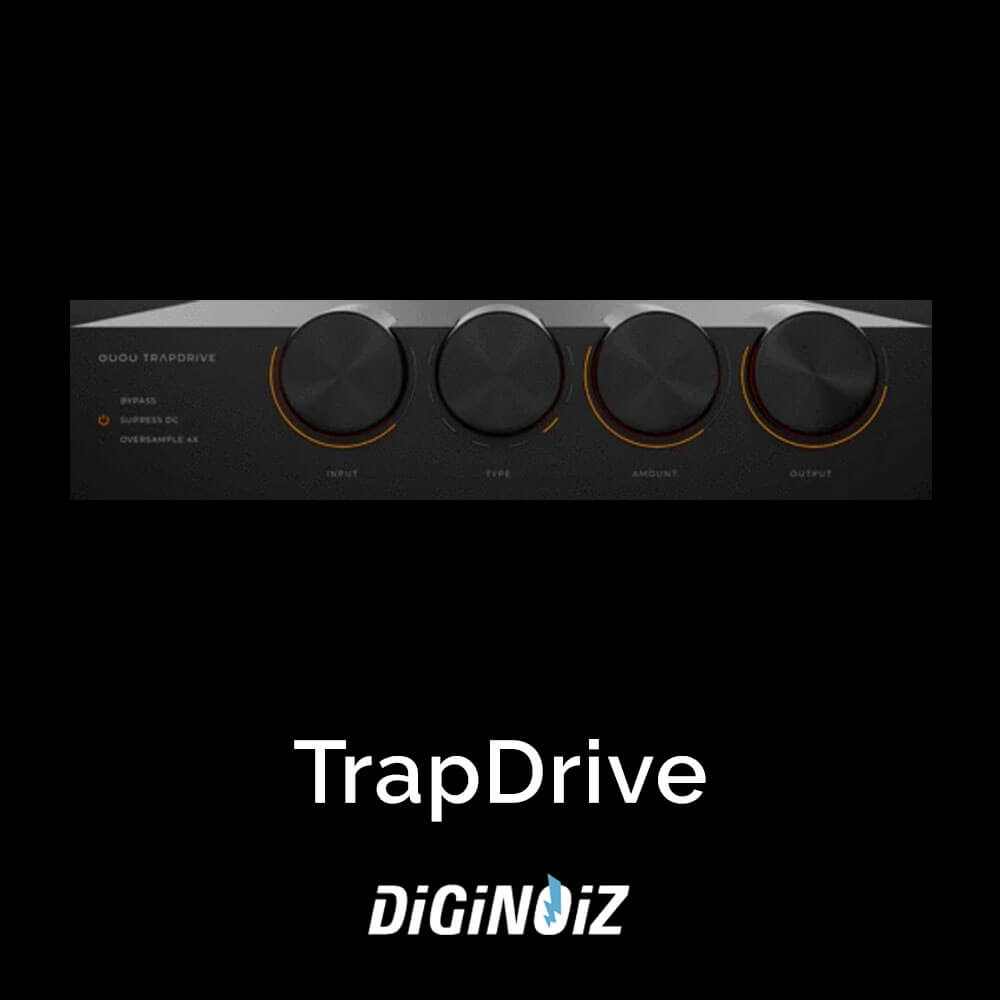