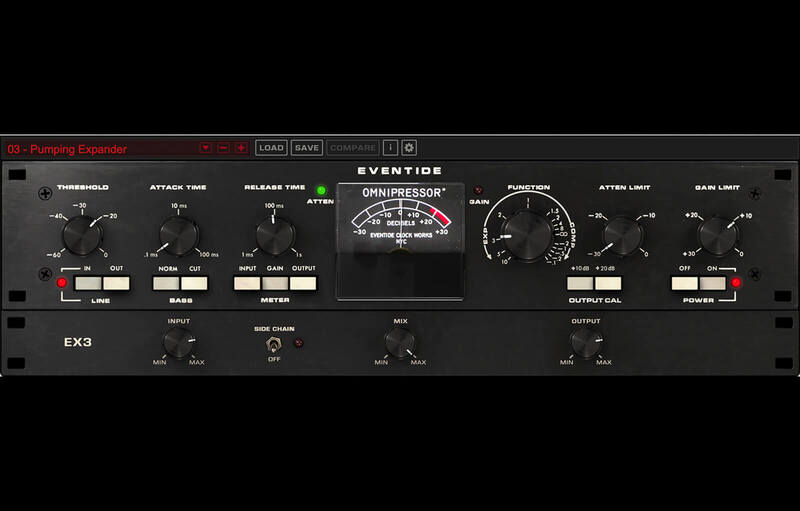 This plug-in is based on the original Eventide Omnipressor, introduced in 1971 and used on hit records throughout the last four decades. Professional quality dynamic-modifier for gating, compression, limiting and expansion.

Introduced in 1971, the Omnipressor® rack unit was widely used on hit records throughout the last four decades. One of our first customers was a young Brian May, lead guitarist of Queen.

With the Omnipressor in his rig, his sound was never the same again.

This plug-in is based on the original Eventide Omnipressor, introduced in 1971 and used on hit records throughout the last four decades.