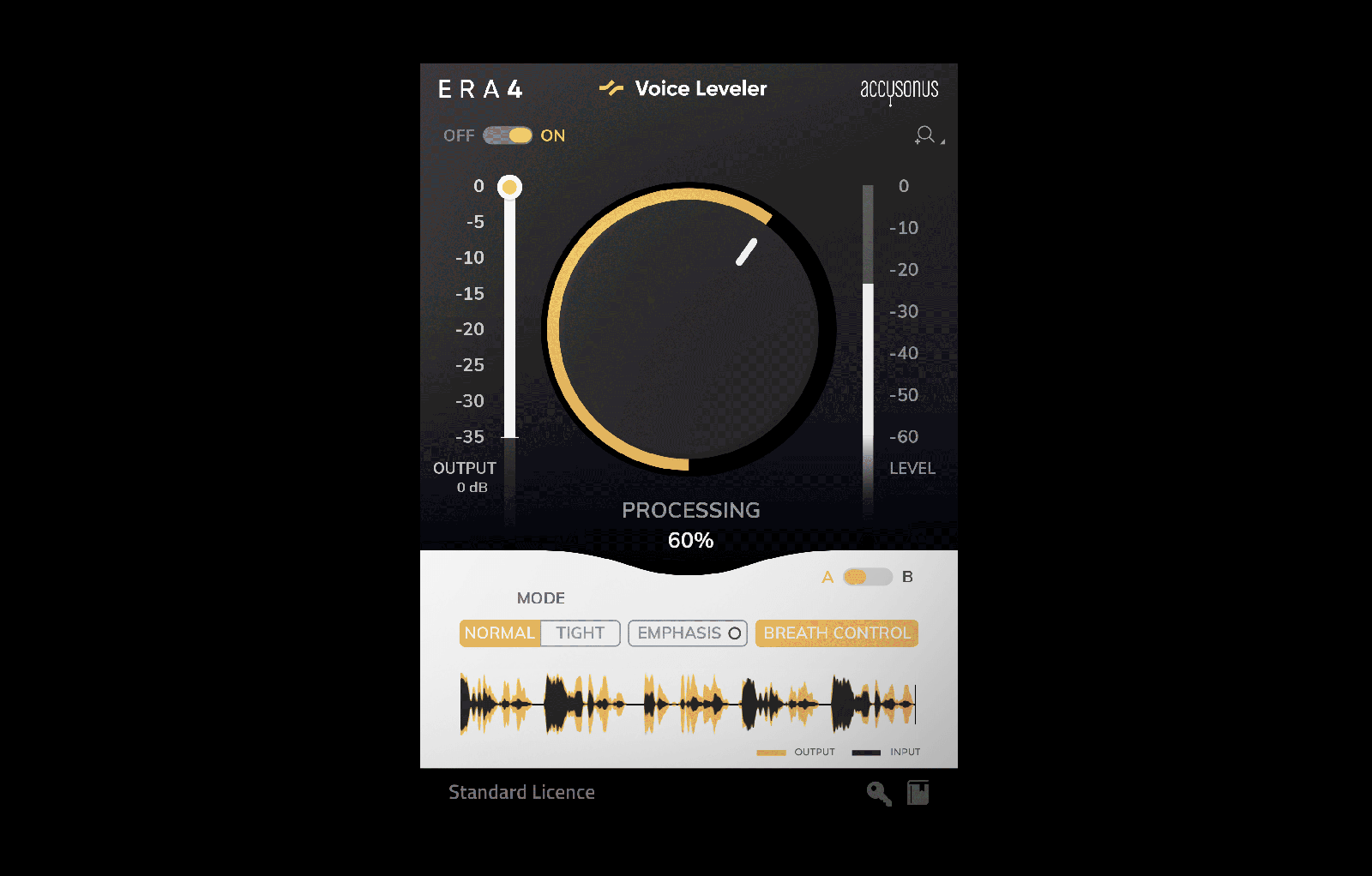 The ERA Voice Leveler is a single-knob plugin that smooths out annoying gain inconsistencies on-the-fly. 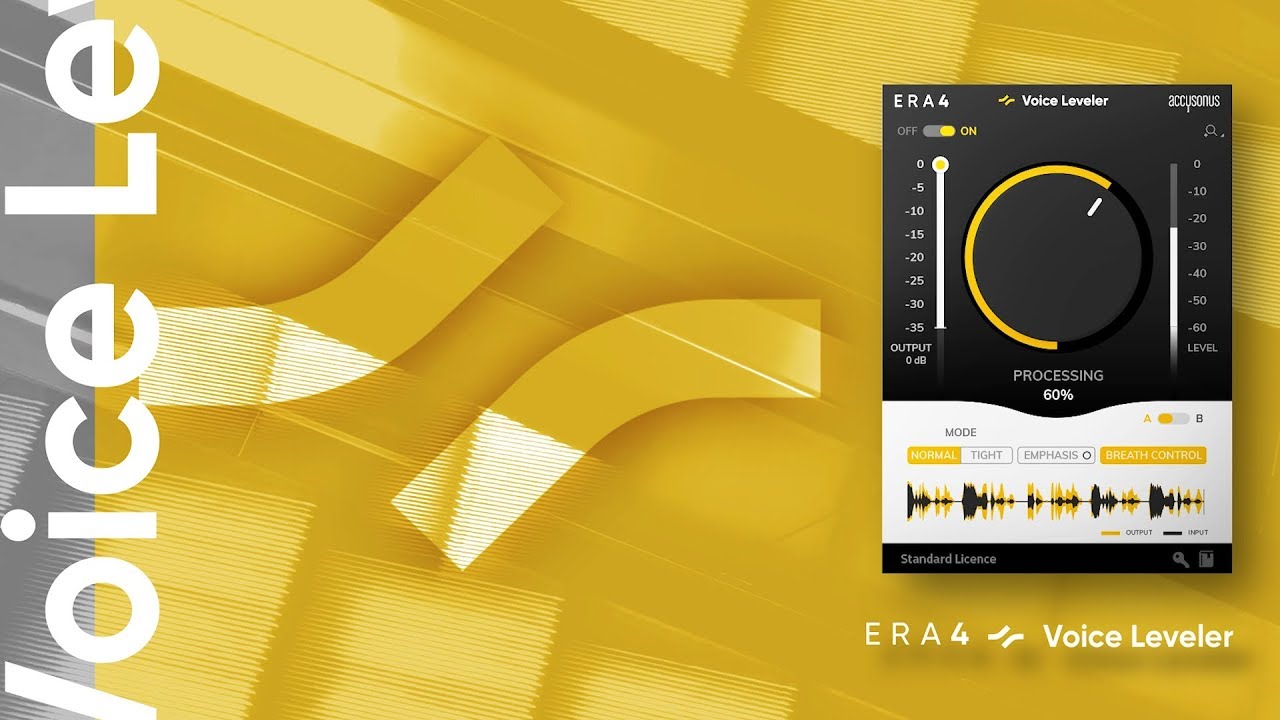 Even out distracting volume differences in your voice recordings instantly.

Gain inconsistencies are common in both audio and video recordings. They often happen as a result of intentional or unintentional speaker movement, non-ideal microphone positioning or heavy audio & video editing. Use this single-knob plugin to save yourself from hours of manual gain adjustments.

Using the single-knob ERA Voice leveler you can save yourself from hours of manual gain adjustments, without leaving your DAW or NLE environment.

Use the Voice Leveler to fix vocal and dialogue volume problems resulting from:

The ERA Voice Leveler detects level problems in real time and you can control it with the turn of a simple dial.

The unique “Emphasis” mode automatically detects problems in tonal balance of voice recordings (for example when a speaker is not directly facing the microphone or has moved significantly from the mic between takes/scenes) and applies subtle processing to correct them and ensure consistent tone and intelligibility.