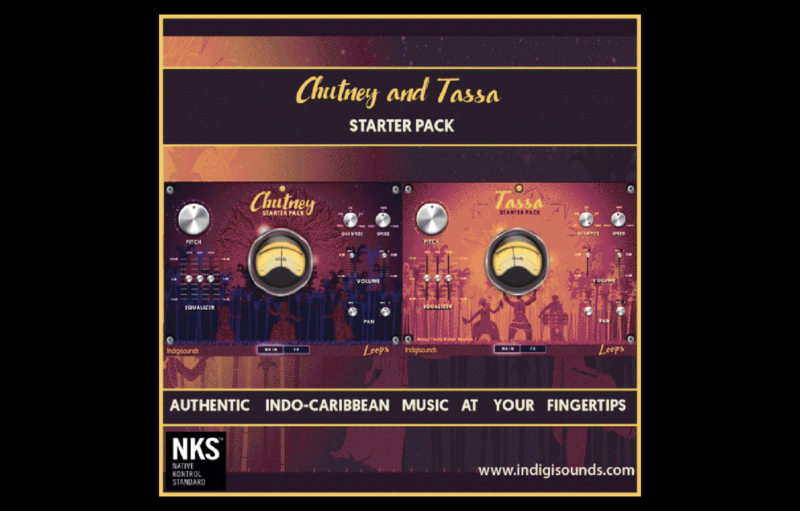 This sample library offer comprises of the two major musical sub-genres to emerge within the history of West Indian Creole musical innovations, both of which are the result of the East Indian immigrant presence in the Caribbean.

In the aftermath of the abolition of slavery in the Caribbean, the East Indian indentured labourers arrived bringing with them another culture to the melting pot of the West Indies.

Foremost of the elements which they brought with them was their musical identity. East Indian indentured labourers came mainly from the Hindustan belt to cultivate the sugar plantations predominantly in Trinidad and Tobago, Suriname, and Guyana.

This sample library offer comprises of the two major musical sub-genres to emerge within the history of West Indian Creole musical innovations, both of which are the result of the East Indian immigrant presence in the Caribbean.

Chutney music evolved from the Bhojpuri folk music. The primary instruments used are the harmonium, dhantal, and dholak. This traditional chutney sound is the seminal form of original and organic expression of the Indian diaspora in the Caribbean.

The Chutney melodies and rhythms have evolved over the years to adapt to changes in technology and taste while moving forward with the strides in the Carnival industry, giving rise to the crossover genre of Chutney-Soca.

However, Chutney still retains the frenetic rhythms of the dholak coupled with the melodic runs and soothing hums of the harmonium as well as traditional melodies and arrangements.

At your fingertips is a library of authentic dholak, dhantal and harmonium samples and loops. Vocal samples of popular ad-libs and expressions also are included to help bring that instant flair to your productions.

The Tassa drums evolved from the North and Central Plains of India. The main instruments used are the Dhol or bass drum, the Caribbean equivalent of nagara known as the kutter drum, and the Jhanj cymbal. Tassa’s infectious rhythm has become synonymous with the celebration on the twin-island Republic.

The thunderous bass accompanied by the piercing kutter awakens the body to move to its command.

A mainstay at all traditional Indian weddings and festivities, the Tassa can now be adapted seamlessly into any audio production. Its infectious effect can be applied to any percussive ensembles and ideas.

Full Version of Kontakt 5.6.7 Is Required