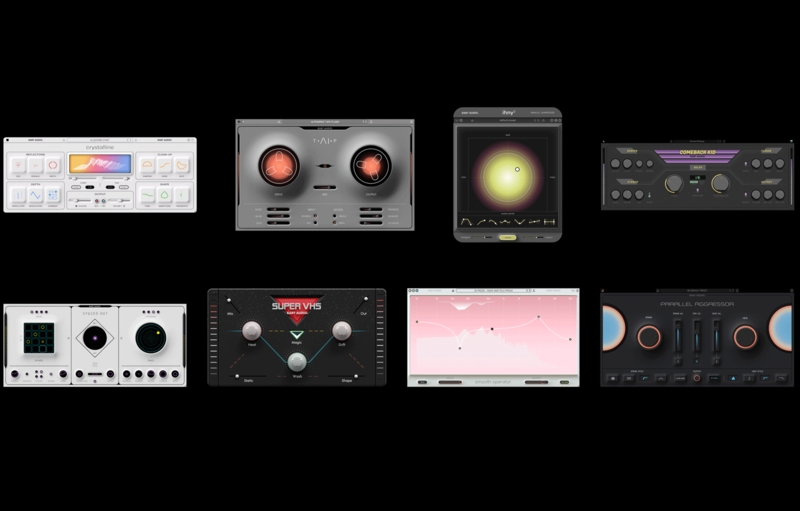 BABY Audio has decided to offer you all of their multi-effects plugins in one, easy-to-use multi-effects exclusive. The All Plugins Bundle Includes: TAIP, Smooth Operator, Spaced Out, Super VHS, Comeback Kid, Parallel Aggressor, I Heart NY 2 and Crystalline. A $522 Value for just $139

TAIP Tape Machine Emulation Tape recordings have a musical quality that digital mixes often lack. TAIP brings this quality into your DAW. It will add some authentic analog heat to your tracks, without the need to route any audio outside the box.

Smooth Operator Intelligent Signal Balancer Smooth Operator combines equalization, spectral compression and resonance suppression into a singular creative experience that’s instant and intuitive. Use it to perfect your tonal balance and add a touch of ‘hifi’.
Spaced Out Lush Wet-FX Generator Spaced Out is a lush wet-FX generator, built for sending your sounds and vocals into weightless, heavenly orbit. In total, more than 50 individual effects come together in a singular creative experience.
Comeback Kid Easy and Intuitive Delay Engine Hands-on delay effect with an analog flavor. Comeback Kid includes everything you’d expect from a new go-to delay — plus some unexpected extras.

Super VHS Lofi Multi-FX Meet a complex algorithm with eight simple knobs. We named it ‘Super’ for its powers and ‘VHS’ for its sound. Feel the lofi magic of the VHS-era — with six unique effects in one strange plugin.

I Heart NY 2 IHNY-2 – The Punchy Parallel Compressor. BABY Audio set out to make the hardest hitting compressor in the industry. The kind that makes your tracks slam and sing. To achieve that extra edge, IHNY-2 works in parallel. This allows you to compress more while retaining the dynamics of your dry track.

Parallel Aggressor Parallel Mixing Plugin Parallel Aggressor is powered by two parallel engines, a compressor and a saturator. This results in three audio tracks running in the plugin simultaneously: Dry, Spank and Spice. Users can set their desired balance between them with the faders in order to achieve the perfect mix quicker than ever.
Crystalline Crystalline is a state-of-the-art reverb plugin with a pristine and modern sound. Crystalline follows in the tradition of the classic algorithmic reverbs, but adds new features and higher fidelity thanks to modern computer power.

Warm Up Your Sound.

Tape recordings have a musical quality that digital mixes often lack. TAIP brings this quality into your DAW. It will add some authentic analog heat to your tracks, without the need to route any audio outside the box.

Tape plugins are not a new concept. However, our emulation method is. Instead of using traditional DSP, we’ve developed TAIP around an AI algorithm designed to decipher the invisible nuances of analog circuits.

The result is a truly faithful tape emulation that’s intuitive and creative in use – with some added features to accomodate a modern workflow. Use TAIP to bring a touch of warmth and glue to your tracks, or ‘drive it like you hate it’ as an alternative to your distortion plugins.

TAIP is our attempt at creating the ideal ‘Tape Machine’ for the DAW-era, combining an authentic vintage sound with a modern feature set. Its parameters will let you customize the right tape flavor for any need.

Smooth Operator combines equalization, spectral compression and resonance suppression into a singular creative experience that’s instant and intuitive. Use it to perfect your tonal balance and add a touch of ‘hifi’.

Our spectral detection algorithm adapts to your audio 44,100 times per second and automatically eliminates fatigued frequencies. This gives you full control to shape your signal and bring out more definition.

What is Spectral Processing.

The easiest way to understand Spectral Processing is to think of it as manipulating the building blocks that make up a digital signal – rather than the actual signal.

Our algorithm uses Fast Fourier Transform – or FFT – to break the incoming audio into tiny particles, which are analyzed and processed separately, before being put back together as audio. This all happens in realtime and allows for a much more surgical approach to resonance detection and rebalancing than what would be possible with traditional audio effects.

While most spectral tools focus on audio restoration, we wanted Smooth Operator to be all about creative expression. The plugin is meant for shaping your tone.

Use it to compress, EQ and ‘purify’ in one simple process – and know that Smooth Operator has your back when it comes to automatically eliminating artifacts.

Smooth Operator comes loaded with 63 presets created by friends of BABY Audio – including:

A SPACE ECHO FOR THE 21ST CENTURY?

It is no secret that we at BABY Audio are obsessed with the quirks, sounds and simplicity of vintage analog gear. With every software product we make, we hope to offer a little bit of that same hands-on experience and instant gratification. Never by emulating the past — but by tapping into its spirit to invent something new.

With Spaced Out, we asked ourselves this: How would we design a “space echo” effect today, almost 50 years after the original, with the abundance of computer power and algorithmic complexity at our disposal?

We set out to create an effect as fun, flavored and futuristic for the 21st century as the Space Echo was for its own time. It’s been an epic journey and we’re proud to have returned with our most complex plugin to date.

Spaced Out comes loaded with 125 presets created by BABY Audio and some friends of the house – including:

FOR YOUR EYES ONLY

A delay worth waiting for.

Of all the essential mix tools, the delay may be the most creatively gratifying. So we asked ourselves: Could we take this classic effect and give it an upgrade?

We set out to develop our vision for a more inspiring delay plugin. One that lets you design your own signature delay sounds through a versatile selection of flavoring tools.

Easily and intuitively. And with powerful results. Comeback Kid includes everything you’d expect from a new go-to delay — plus some unexpected extras.

LOFI VIBES FROM A STRANGE DECADE

As kids of the 80s, we have always been drawn to the sound of slightly out-of-tune synths, warm tape saturation, gritty samples and grainy reverbs.

So we set out on a mission to capture the lofi spirit of our favorite decade — and bring it into a new decade.

Meet a complex algorithm with eight simple knobs. We named it ‘Super’ for its powers and ‘VHS’ for its sound.

We set out to make the hardest hitting compressor in the industry. The kind that makes your tracks slam and sing. To achieve that extra edge, IHNY-2 works in parallel. This allows you to compress more while retaining the dynamics of your dry track.

IHNY-2 comes loaded with 156 presets created by BABY Audio and friends of the house – including:

Parallel processing plays a fundamental part in getting a “big” mix sound. By processing multiple copies of the same track and blending them together, you can add more punch to a mix — in a more natural-sounding way.

It’s like teamwork: Multiple copies of the same track – each focused on doing one specific job – can achieve more together than a single copy being processed to death on its own.

Parallel Aggressor is based on this simple concept.

The plugin splits your audio into three equal parts:

Work the duplicates hard! Then combine all three signals to squeeze every drop of sonic juice out of your track.

When we’re talking reverbs, there are two fundamental philosophies: One tries to mimic the sound of a real physical space – while the other seeks to create an artificial space from an algorithm, free from the constraints of the natural world. The idea of an algorithmic reverb was first conceived in the 1960s – and evolved over the following decades, redefining the sound of modern music with every new technology leap (and improved memory chip). All your favorite albums from the 1980s and after most likely relied on algorithmic/artificial reverbs to get a big and polished sound.

Crystalline follows in the tradition of the classic algorithmic reverbs, but adds new features and higher fidelity thanks to modern computer power. It is meant to sound unreal – in the most positive sense of the word. Its rooms and halls won’t sound anything like those in your house – but closer to those of your dreams!

A STUDIO REVERB FOR THE CURRENT ERA

A ‘perfect algorithmic reverb’ is often considered the holy grail of digital audio effects. In fact, the idea can be traced all the way back to research papers from the 1960s. Throughout the 20th century, algorithmic reverbs evolved thanks to companies like EMT and Lexicon. But scarce computing power generally forced manufacturers to work within limited constraints.

Fast forward, and we now have the resources to do things that couldn’t be done during the golden age of studio reverbs. Both in terms of sheer sound quality. But also in terms of adding creative features that weren’t possible in the hardware days.

Crystalline stands on the shoulders of 60 years of chasing ‘the holy grail of DSP’. We’ve asked ourselves what the pioneers of legendary digital reverbs would have done if they had the resources we have today. And then we’ve made exactly that plugin. With all the bells and whistles a modern engineer would need.

* Please Note: Bundled products may differ from individual products when sold separately which may include bonuses not provided in this promotional offer. Please refer to the bundle product listing above for complete details of what is included in this offer. 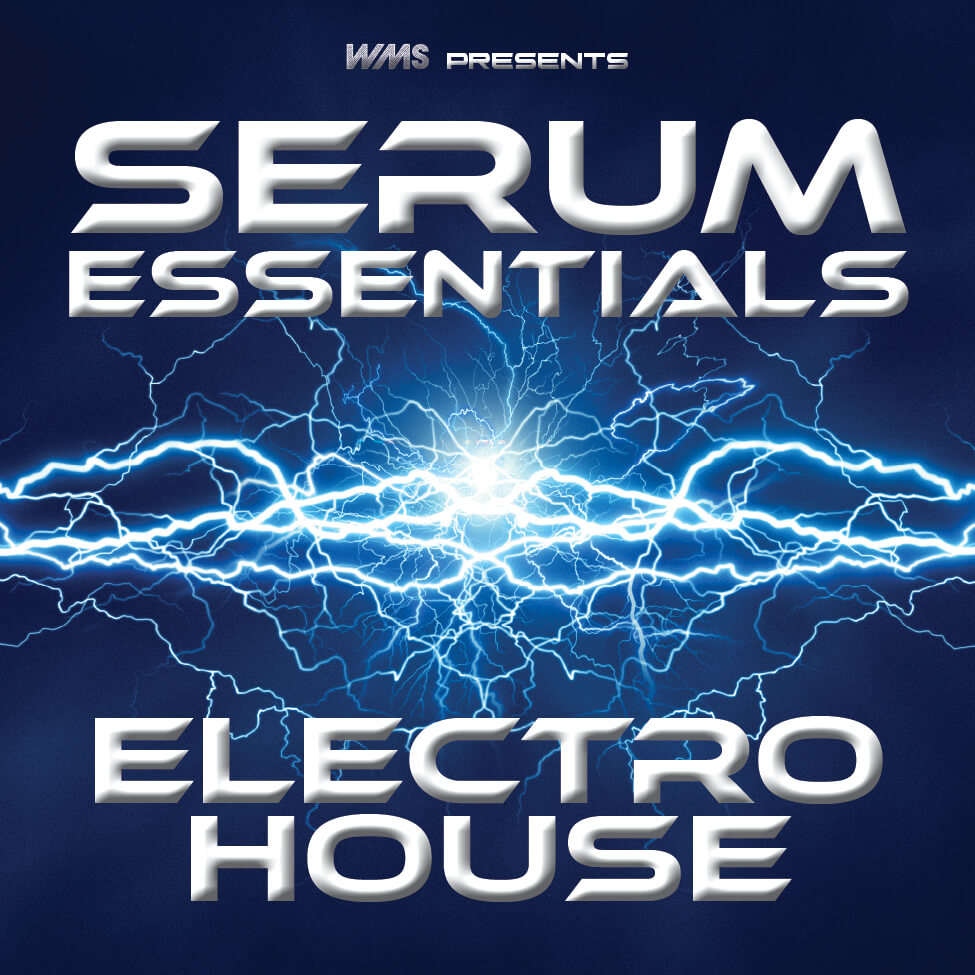 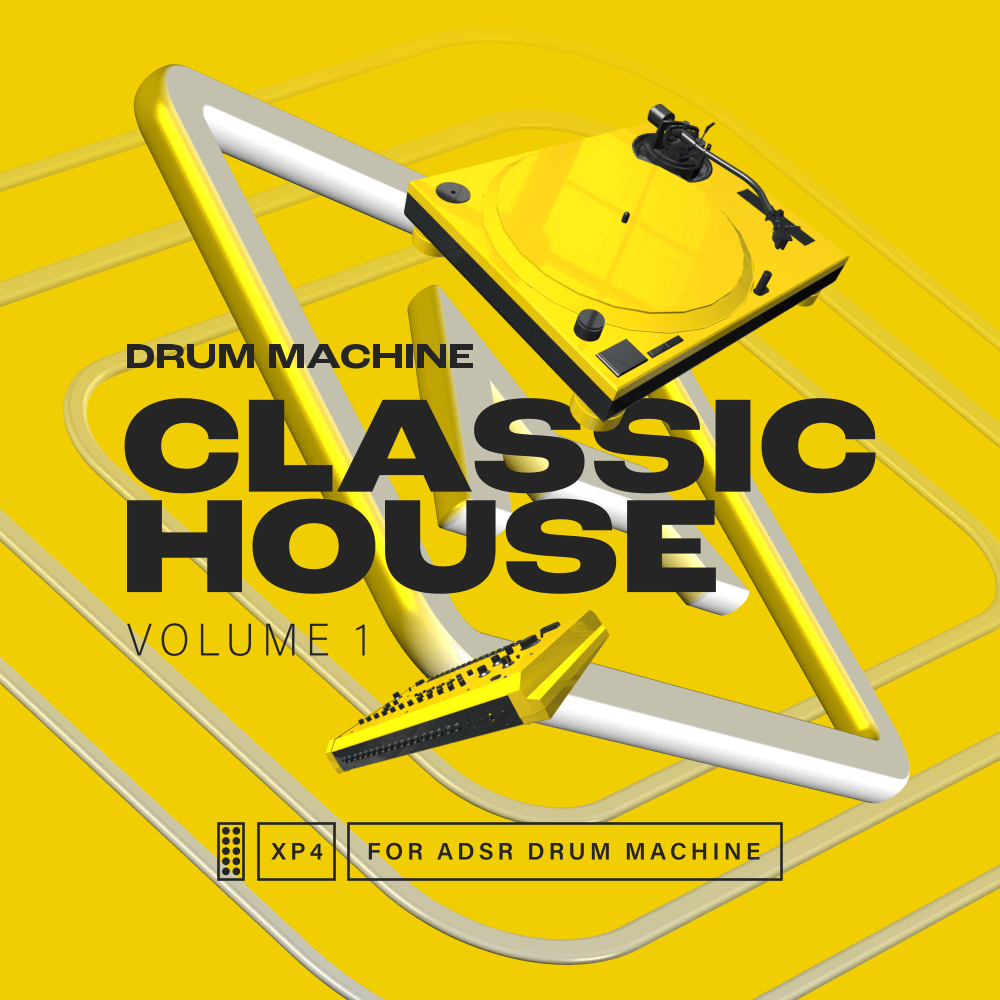 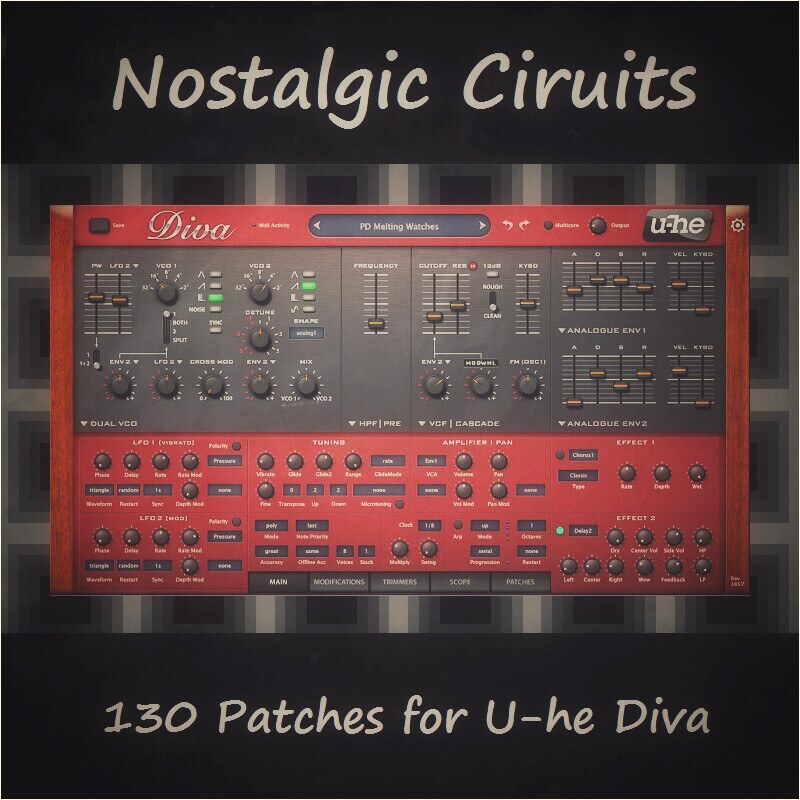 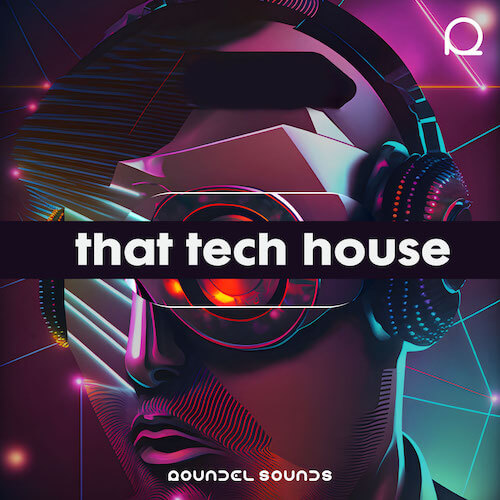 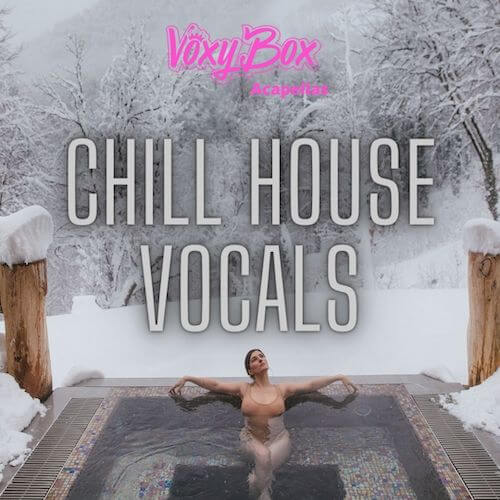