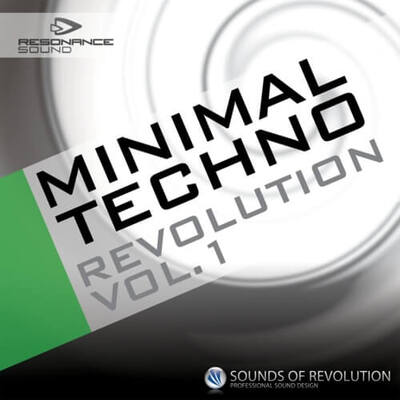 After the successful FX, Kick-free and Electro House editions, which have been rated 10/10 points by diverse leading producer journals, the german sound wizard finally fields the next sampling specialist through Mutekki Media.

A notably highlight is the massive loop section, which offers 700 different Bass, Drum and Synth Loops of all shades, available also as Apple & Rex Loops.

The approximate 1500 single sounds divide into Bass and Synth Sounds, Fragments, Kick Drums, Claps, Cymbals, FX, Percs and Toms -whereas all Bass and Synth Sounds even have their own playable programs / instruments, so they can be played instantly and don’t need to get mapped.

In short: ‘Minimal Techno Revolution’ unites all you need for the production of powerful and intoxicating modern Minimal and Techno on one single sample pack and beyond that even encourages your creativity.