Sales:
183
Radio-ready chords made easy! We received a lot of requests to continue our Hot Chords series...
5 stars, based on 2 reviews
ADSR_0184_0032
The Hot Chords For Cthulhu Vol.3
Red Sounds
$
11.4
https://www.adsrsounds.com/product/presets/red-sounds-the-hot-chords-for-cthulhu-vol-3-edm-cthulhu-presets/ 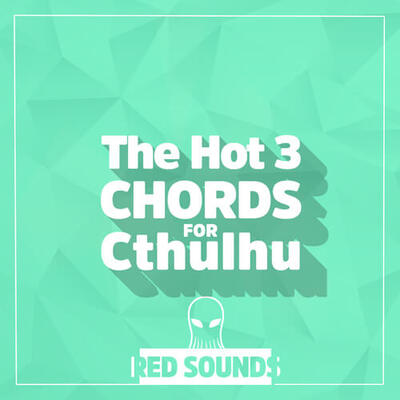 The Hot Chords For Cthulhu Vol.3

The Hot Chords For Cthulhu Vol. 5

Radio-ready chords made easy! We received a lot of requests to continue our Hot Chords series for Cthulhu so we are diving into music theory once again.

This time we prepared 40 chord presets and 40 Arp Presets for Cthulhu. Newest vibes from billboard Hot 100 for EDM/Hip-Hop/Future RnB/Pop.

How the pack was made? The chords were made to catch the vibe of the popular tracks from Billboard Hot100. We analyzed the charts and chose the most interesting and fresh sounding chord progressions used by superstar producers.

Every preset contains from 18 to 57 chords (some presets are extra deep). 980 chord in total. Melody notes were added to the chords in some presets. This way we are getting a really wide palette of sounds.

Every ARP preset has it’s own BPM and corresponding chord preset. It means arp presets were made bearing specific BPM and chord preset in mind. Of course, you can use them with other chord presets and get nice results too.

A ton of inspiration in a few seconds!