Sales:
3
'Golden Era Drums' by Pyrit Music is a one-of-a-kind collection of 90 Drum Samples...
0 stars, based on 0 reviews 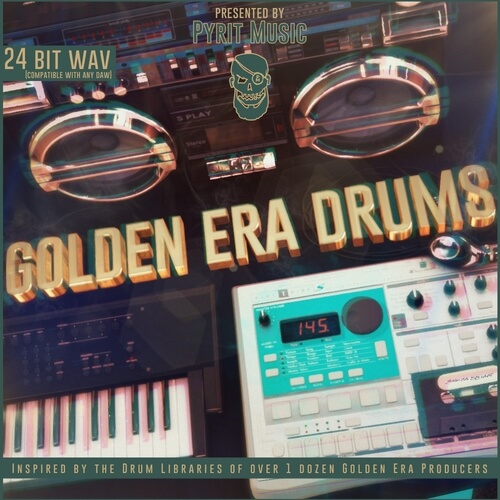 ‘Golden Era Drums’ by Pyrit Music is a one-of-a-kind collection of 90 Drum Samples that have been meticulously crafted & sound-matched based on close research of beat-tapes from the ’90s provided by legendary Golden Era Producers.

Blessed with the truly unqique gift of pouring over & studying the beat-tape collection of a bonafide Golden Era Rap Legend (Canibus), Pyrit has spent countless hours designing & sound-matching a brand new Drum Sample Collection to sound like of some of the greatest Producers ever known to Hip-Hop Music, as used during some of their most well known periods.

By combining analog gear with top-of-the-line digital signal processing through the Apollo X6 rack unit (& others), the result is a punchy slapping sound that you’d need a time machine to find.