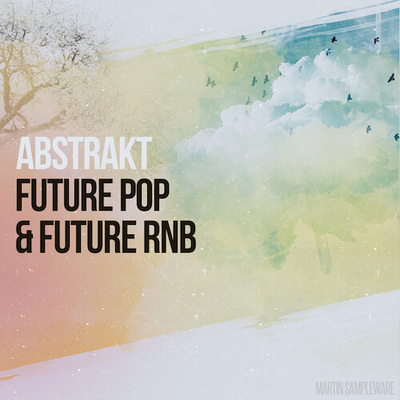 Inspiration was taken from the hit records of Taylor Swift, The Chainsmokers, and Katy Perry. While vintage Flume, Cliff Martinez and The Weeknd bring a darker edge to the pack’s overall sound.

An undeniable Synthwave vibe runs throughout the core of this pack. You’ll hear it most vividly in track 2, where heavy inspiration was taken from the “Drive” soundtrack, Taylor Swift’s “1989” and even a bit of Robyn and Carly Rae Jepsen. Listen out for a variation on the “Hey!” shout used so extensively in Pop records these days.
Ethereal vocal chops, thunderous subs and heavily distorted guitars are included to help you battle the often formulaic feeling of crafting a commercial track.

Listen carefully and you’ll hear an ode to Timbaland in track 4’s percussion, while monster snares and woodblock shots give you a modern Future Bass touch. As this is a Martin Sampleware release, you’ll of course hear a Max Martin influence throughout. Well, it would be rude not to pay homage to the greatest Pop producer of all time….

By combining retro and modern day influences, Martin Sampleware left no stone unturned in their quest to deliver the most innovative collection of Future Pop & RnB Construction Kits on the market.