Sales:
19
After the huge success of our first vocal sample pack it only made sense to follow up with the...
ADSR_0515_0025
Modern Trap Vocals & Rap Acapellas Vol 2
Komorebi Audio
$
15.75
https://www.adsrsounds.com/product/presets/komorebi-audio-modern-trap-vocals-rap-acapellas-vol-2-trap-vocal-samples/ 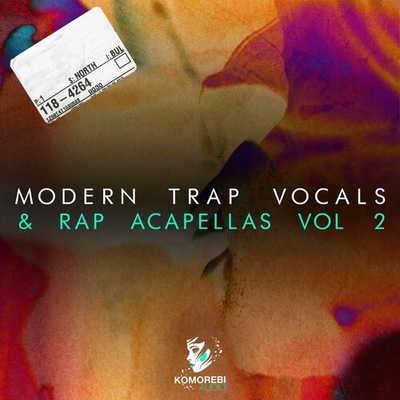 After the huge success of our first vocal sample pack it only made sense to follow up with the sequel.

Modern Trap Vocals & Rap Acapellas Vol 2 treads the same ground as the original but the sounds provided in Vol 2 are in a class of their own.

The vocal recordings took place at pirate studios in Notting Hill, West London while the mixing and post production was carried out by Skit at the Komorebi Audio studio in Herts, UK.

To capture the bass heavy and gritty tone of Jamell’s voice we opted to use an SM7B broadcast style microphone and ran it through a Neve Preamp plugin and a classic LA-2A replication from Universal Audio.

If you are looking for high quality and authentic trap vocals and rap acapellas, this sample pack has got you covered!

This sample pack contains only vocal samples. All other sounds from the demo track were taken from the Komorebi Audio sample packs “UK Drill & Crepuscular Trap” and “Night Glow Trap Melodies”.