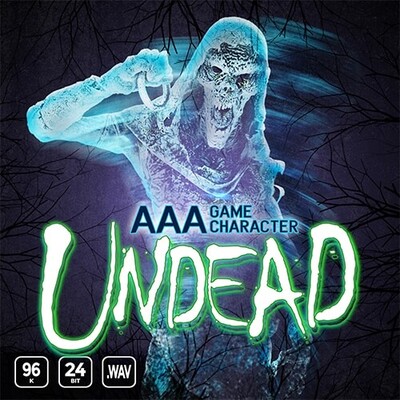 AAA Game Character Undead is a special tribute to sci-fi game lovers! Inspired by hit games like Starcraft, and World of Warcraft, your audience will surely recognize and love these sounds. Hear rich sound design, depth, and texture.

Create an awesome in-game experience, use in trailers and so much more. Our second voice over sound library installment – AAA Game Character Undead.