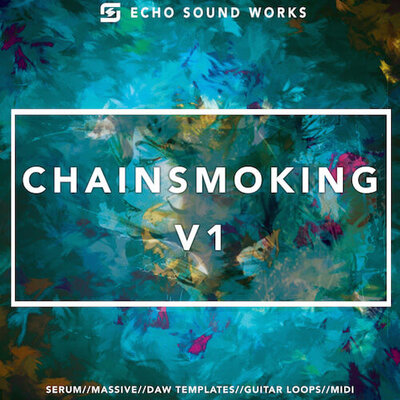 Echo Sound Works, the team behind top selling products like Snake Lazers V.1, Floom V.1, EVOXA,The OVO Future RnB Series and so much more, is proud to present the most ambitious soundset we’ve ever created. Echo Sound Works Chainsmoking V.1 is an immersive collection of sounds, presets, samples, and more, for every modern producer.

After 3 months of long days, short nights and a lot of lavender lattes, you get one of our largest soundsets to date.

Echo Sound Works Chainsmoking V.1 comes with 115 Serum presets and 85 NI Massive patches as well as a bunch of inspirational and easy to use bonuses.

Check out the video below to see the presets used in real time and to see which demos are included in the sessions.

Instead of recreating sounds they’ve already used in their productions, we set out to make sounds The Chainsmokers would actually want to use. The Chainsmokers meteoric rise is in part due to their willingness to take production risks. They may have gotten away from that recently, but the sounds in this pack will dare you to try new things.

We pushed each synth to it’s limits to bring you the most diverse set of presets. From sublime chord patches and drop-defining leads to insane key patches inspired by eclectic pianos and more, this pack has it all. We carefully assigned macros for both synths so you have control over all important elements of any patch.

The Chainsmokers have a very polished sound which is why we included 3 Ableton Live Templates, 3 Logic Pro X Templates in addition to the 60 MIDI files that you can learn from or use royalty free in your productions. There’s also 215 drum samples as well as drum loops taken from the demo songs. The DAW templates are a great learning tool and you can use the MIDI as inspiration for your next track. 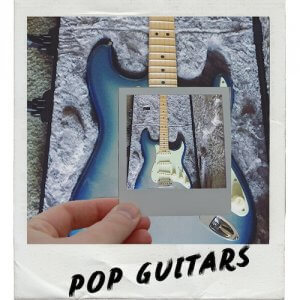 The Chainsmokers also use a lot of Guitars in their productions, so we set out to make a collection of guitar chord loops and melody loops that will inspire you to create awesome tracks. This became our pack ESW POP GUITARS and is an exclusive bonus to Chainmoking V.1. Listen to examples below.