Sales:
40
The soundbank Brazilian Producers for Sylenth1 is one of the most successful releases by Studio...
5 stars, based on 1 reviews
ADSR_0333_0009
Brazilian Producers Vol.2
Studio Tronnic
$
12.00
https://www.adsrsounds.com/product/presets/brazilian-producers-vol-2/ 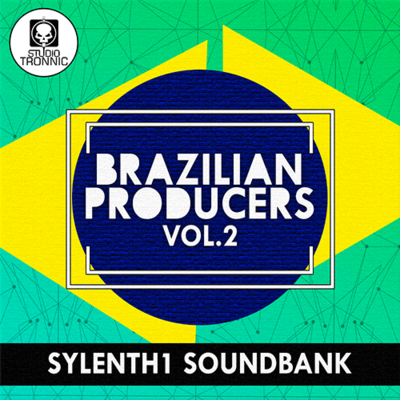 The soundbank Brazilian Producers for Sylenth1 is one of the most successful releases by Studio Tronnic, bringing the best presets inspired by Brazilian producers. We created Volume 2, following tracks and trends of success between the greatest producers of Brazil. Inspired by the Hit of the Cat Dealers along with many others and several other artists such as Alok, Vintage Culture, Lazy Bear, Vinne, Gustavo Mota, Groove Delight among other Brazilian producers, each preset was carefully chosen by the producers JØRD & Cat Dealers.

This pack has been created and modulated for more demanding producers that like Modwheel programmed into all presets to facilitate the automation. So get your bundle of Brazilian Producers presets now and start creating and making your sounds more bombastic and engaging with these incredible Sylenth prescriptions.
Pack Contents: