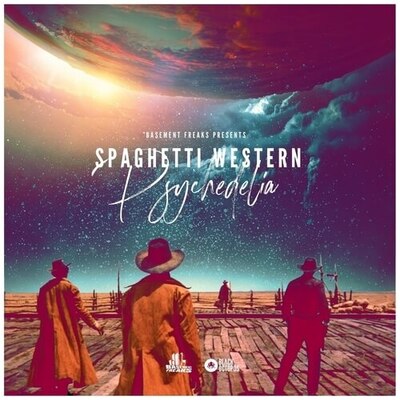 This is pure 70s meets film. Quintin Tarantino would kill (bill) for this pack.

Riddled with guitars, some with creative distortions and some saturated in the perfect balance, and loads of beats to throw under any riff in no time flat; Spaghetti Western Psychedelia has it all!

But there’s more! Also inside this brilliantly crafted sample pack are organs, horns, bass, synths, and keys, that provide you with extra musical elements to fuse together and put those western psychedelia vibes on to any track! This paired with the one shots of guitar, fx, and instruments, gives you everything you need!

Basement Freaks & Thanasis Dzingovic played the instruments and recorded them to give you true analog sound with a trademarked style.

Spaghetti Western Psychedelia is perfect for those that produce both retro and modern music styles, or for scoring film. It also pairs perfectly with other hit Basement Freaks packs such as “Tarantino Bass” and “Spaghetti Trumpet” to name a couple!

Mosey on down, partna’, and grab Spaghetti Western Psychedelia today!