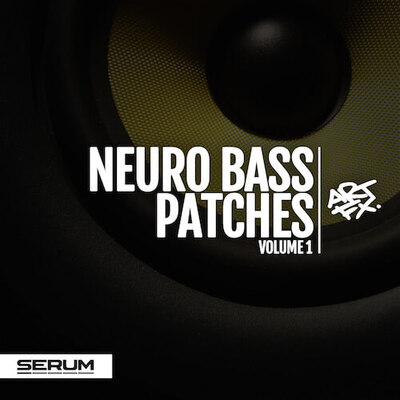 This carefully crafted preset pack for Xfer Serum contains 25 wicked presets that will help you to create twisting basslines for your next Neuro track. These presets are aimed at sounds from genres such as Neurofunk, Dubstep and Glitchhop, but why not combine it with House music? Inspired by bass sounds from artists such as Noisia, Mefjus, Black Sun Empire and many other names from the Neurofunk scene.

All the presets are setup with smart macro controls for easier automation and shaping of the sounds, because of this you can turn any of these presets into something different in a matter of seconds. The presets can also be a starting point for further manipulation of the sound with external processing, because that is how you can really come up with the heavily modulated Neuro bass sounds. Work with additional filters, distortion and other effects to come up with basslines that otherwise could take hours to make. The pack also includes 30 waveform and wavetable samples that have been used to create the presets, these wavetables can help you to further manipulate the presets or to create your own.
Pack Contents: