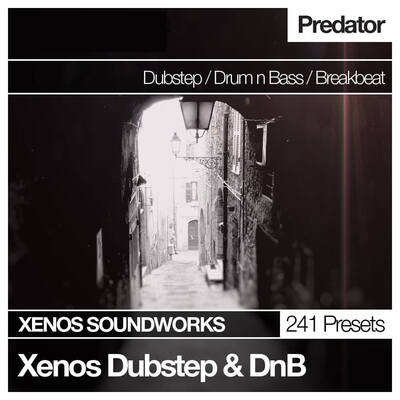 The ‘Dubstep Moombahcore and DnB Collection’ for Rob Papen Predator contains a whopping 241 sounds, in both FXB and Reason Repatch formats (for use with the Reason Rack extension version of Predator).

With 128 basses, plus over a hundred more sounds in other categories, you’ll have everthing you need to start cranking out some serious banger tunes.

Bryan ‘Xenos’ Lee has worked as a sound designer for such companies as Native Instruments, Cakewalk, Rop Papen Inspiration Soundware, ReFX, Camel Audio, Image-Line and many more. His work is found in the factory presets of such synths as Z3ta 2, Alchemy, Gladiator, Punch, Toxic Biohazard, Scanned Synth Pro 2, Chipsounds, DCAM Synth Squad, D.I.V.A., etc. He is also very active in developing his own brand, Xenos Soundworks.”