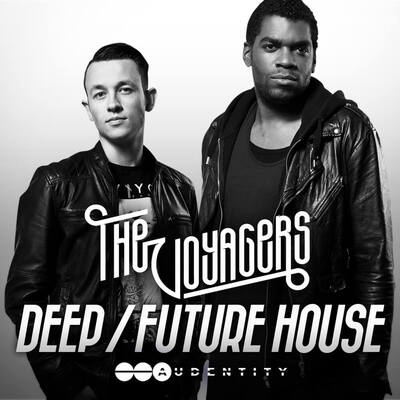 Audentity proudly presets ‘The Voyagers Deep & Future House. The first in a row of famous producers soundpacks with 287MB of NI Massive Presets, Deep House Chord Hits,125bpm pumping Future House Beats, Slippery Basses, One Shot Sounds & Loops, Fx & Modulated Percussion and more. The Voyagers are offering you a full pack with their signature Deep & Future House sounds. The Voyagers is the result after a long-term collaboration between two producers from The Netherlands, who are most well known by their fresh Future House sounds and collaborations with Oliver Heldens and Alpharock and remixes for Laidback Luke. They have had releases on Spinnin’ Records and Musical Freedom and are ready for the world. Support for their tracks come from names like: Martin Garrix, Jay Hardway, Oliver Heldens, Tchami, Hardsoul en Julian Jordan. What’s in this Pack?

You need Native Instruments ‘Massive’ to use the 31 presets