Purge Cache
Roland has teamed up with the RYSE Discovery Series, a networking platform that gives... 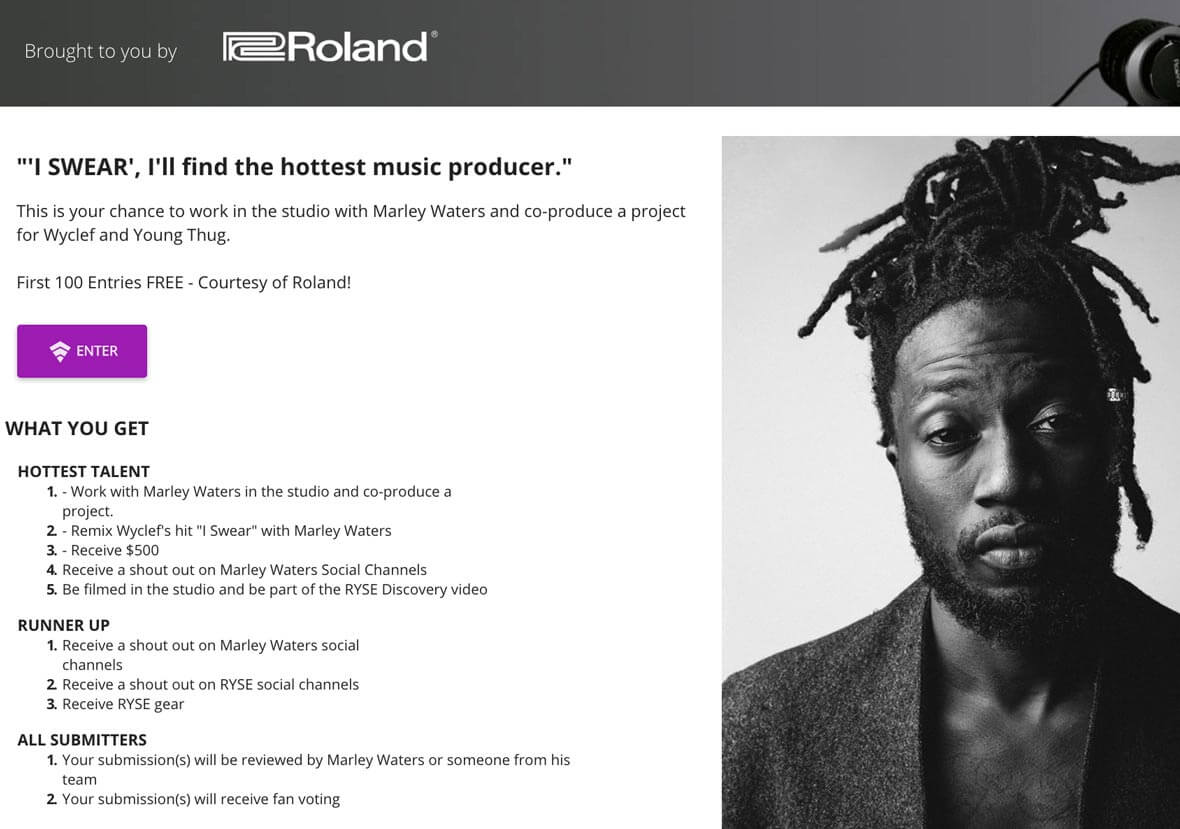 Roland has teamed up with the RYSE Discovery Series, a networking platform that gives independent producers a chance to gain exposure and become discovered.

Successful pop producer, Marley Waters, is kicking off the Discovery Series by looking for one producer to help him produce his upcoming remix of Wyclef’s track “I Swear.” He asks that artists submit one of their best tracks, and entry is free for the first 100 applicants.

I’m always looking for the next innovative person to work with, and sometimes it’s not the people you’re referred to.

Have that one track that you know will blow everyone away? You can go here to begin the application process.

Next: Roland GO:MIXER, Audio Mixer For Smartphones, Is Now Available