Purge Cache
Roland has revealed the FA-07, the next installment to the FA Music Workstation line of... 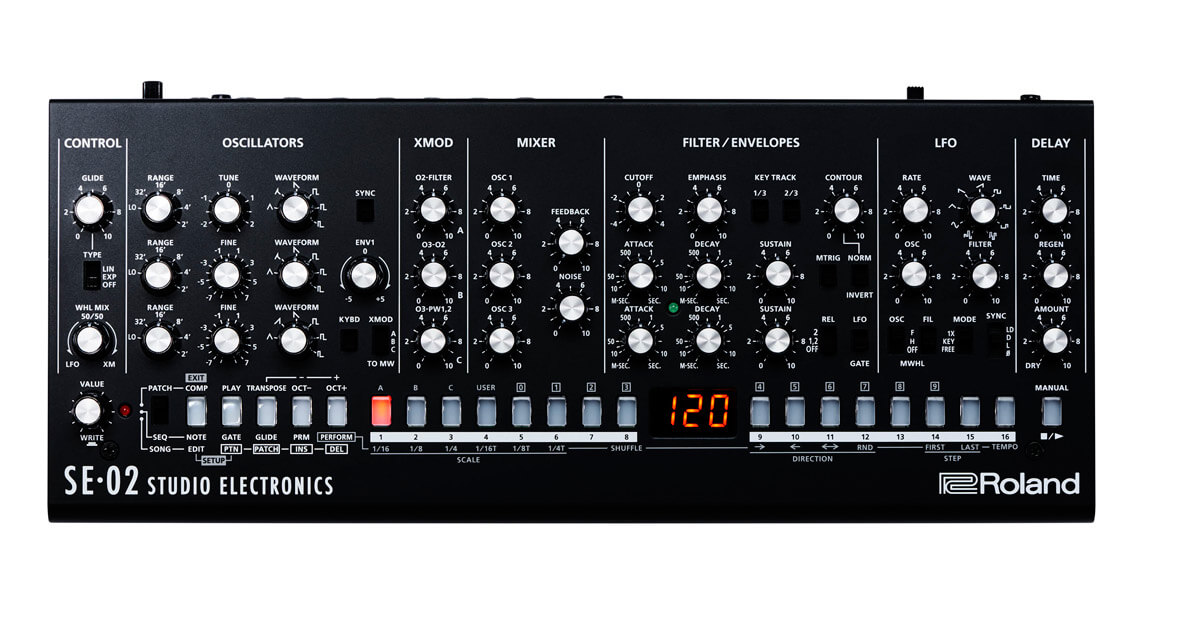 Roland has revealed the FA-07, the next installment to the FA Music Workstation line of products, as well as a brand-new analog synthesizer titled the SE-02 in collaboration with Studio Electronics. There is plenty to be excited about with both of these products, and we will give a brief overview of what we know so far.

The SE-02, a kickstart to Roland’s new Boutique Designer Series, features 3 VCO’s – each supplying 6 true analog waveforms. In addition, it features a tempo-syned LFO with up to 9 waveforms, three types of cross-modulation, a noise generator and more.

The icing on the cake is the synth’s 16-step sequencer, with each sequence accepting a per-step gate time, adjustable glide, tempo, and patch number. Each of the sequencer parameters can be modified in real-time, as well as stored in up to 128 user slots.

You can catch a sound demo of the SE-02 in the video below.

The FA-07 supplies a 76-note velocity-sensitive keyboard with semi-weighted action, serving as a middle ground between the 88-note FA-08 and the 61-note FA-06. It comes with the same sounds and features of the FA-08 and FA-06 as well.

Alongside the FA-07 release comes with a 2.0 update to the entire FA series, introducing enhanced functionality including a Tone Remain feature, enabling a smooth transition between presets without tails getting cut off. The update also introduces master control functionality, modularizing the way that the FA’s MIDI messages interact with multiple devices.

You can visit the Roland website to learn more about these exciting new releases!