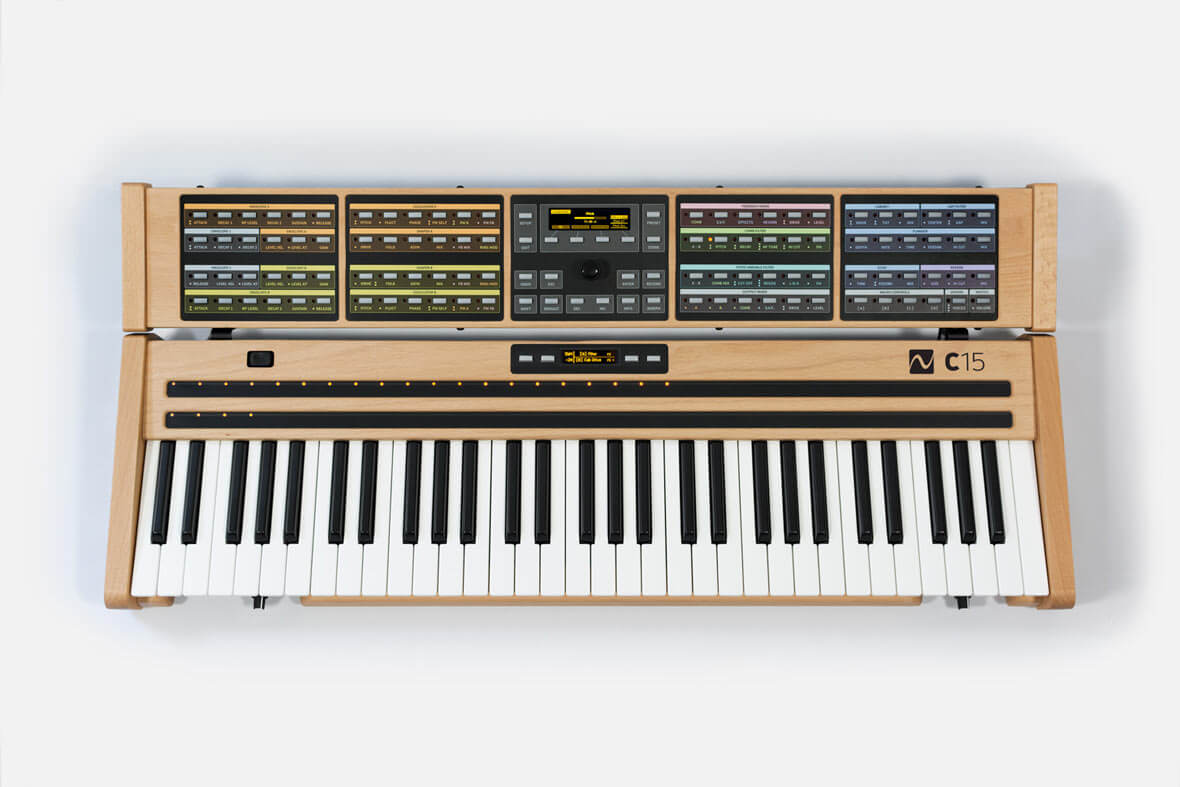 Nonlinear Labs, music tech company founded by Native Instruments founder Stephan Shmitt, will be releasing the C15, a 61-key polyphonic hardware synthesizer with digital signal processing. Typically, the ways in which hardware synths distinguish themselves from the expanse of today’s soft synths is by providing an analog signal path. However, the creative use of DSP algorithms alongside a physical environment could really be cool.

As of now, the C15 is available for pre-order at a price of €4000. Also, their website states that this price reflects the true value of the instrument, given that there are no middlemen distributors taking care of shipment. The C15 also has a rent-to-buy option at €80 per month.