Purge Cache
Kontakt works very well with Surround sources. But what if your source is only 2 channels? Well...

Kontakt works very well with Surround sources. But what if your source is only 2 channels? Well Kontakt has a module that provides extensive and powerful surround mixing and automation capabilities to Group signals. In today’s quick tutorial I will show you what you need to start Scoring Movies Like Zimmer With Channel Routing and The Surround Panner.

The Surround Panner works with a multitude of input and output channel configurations, ranging from mono up to 16-channel surround sound, and allows you to place input signals as sound sources on a spatial plane, move them either manually or via automation, and simulate a range of natural dampening and doppler effects which occur when sound sources are being moved around the listener.

And the Channel Routing allows you to change the channel assignment aspects of the connection between the Group and the Instrument level, as well as create special routing configurations for up-mixing or down-mixing your Group signal to a different channel configuration.

Let’s take a look at both of how we can use both of these features to up-mix a 2 channel source to 5.1 cinema. We’ll sound like Zimmer in now time.

First add a 16x mono instance of Kontakt to your host. Kontakt offers a 5.1 configuration, but it mainly used when your source is 5.1. It won’t work well for up-mixing. 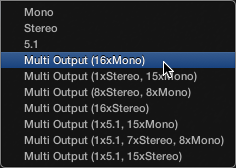 In Kontakt, display the outputs and configure the first channel to be a 6 channel channel (: Do this by clicking on the channel configuration button, 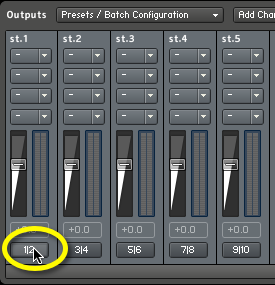 increasing the channel count to 6, 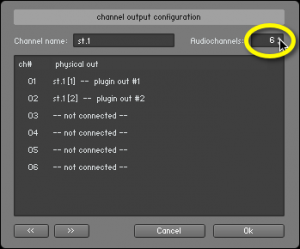 and assigning them to physical outputs. 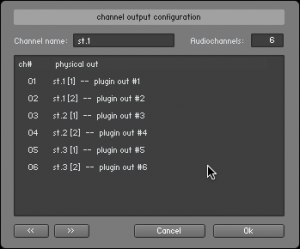 When you have added the Kontakt instance, in Kontakt create a new instrument and add a sample. Make sure st. 1 is selected as the instruments output channel. 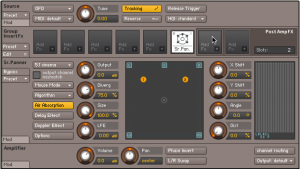 Set the mode to 5.1 Cinema and click the channel routing button. 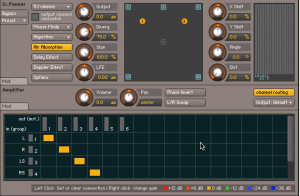 In the Channel Routing Matrix, set the LS and RS channels to +6db by right-clicking on each cell, until the color turns red-orange. You can verify the color using the legend at the button. 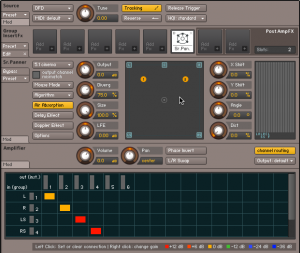 Close the channel routing matrix and in your DAW, add 5 aux channels. Label the Instrument Channel and additional Aux channels as L, R, LS, RS, C and LF. Keep in mind that the Instrument channel is always physical output #1 in mono and #1 and #2 in stereo. 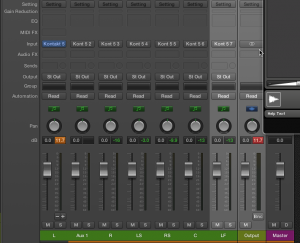 To take advantage of producing, mixing or scoring in surround requires you to have a physical surround setup of at least 5.1. This includes speakers, subwoofer and an audio interface with enough outputs to support surround sound.